In general fuel dumping shall not be permitted over cities and towns away from areas where
thunderstorms have been reported or are expected and at heights not less than 6000FT. Precaution
shall be taken that no other ACFT is less than
3000FT below or 1000FT above the ACFT
dumping fuel. ACFT concerned shall exercise
dumping in one minute right hand holding pattern.

Area of dumping located not exceeding 11NM from
“NOZ” VOR/DME on radial 160 at altitude not less
than 6000FT.

The Cairo Fir ( HECC_Ctr ) ATS airspace is classified and designated in three classes selected from ICAO ATS
airspace classification as shown in the following table: 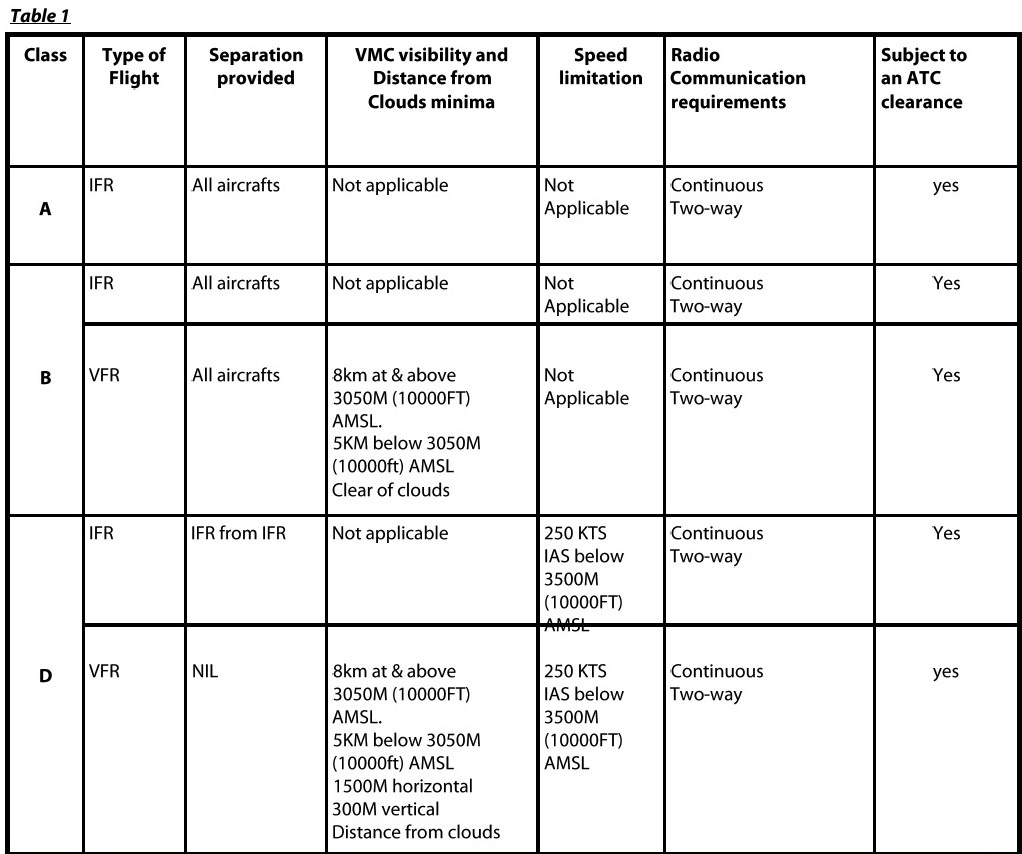 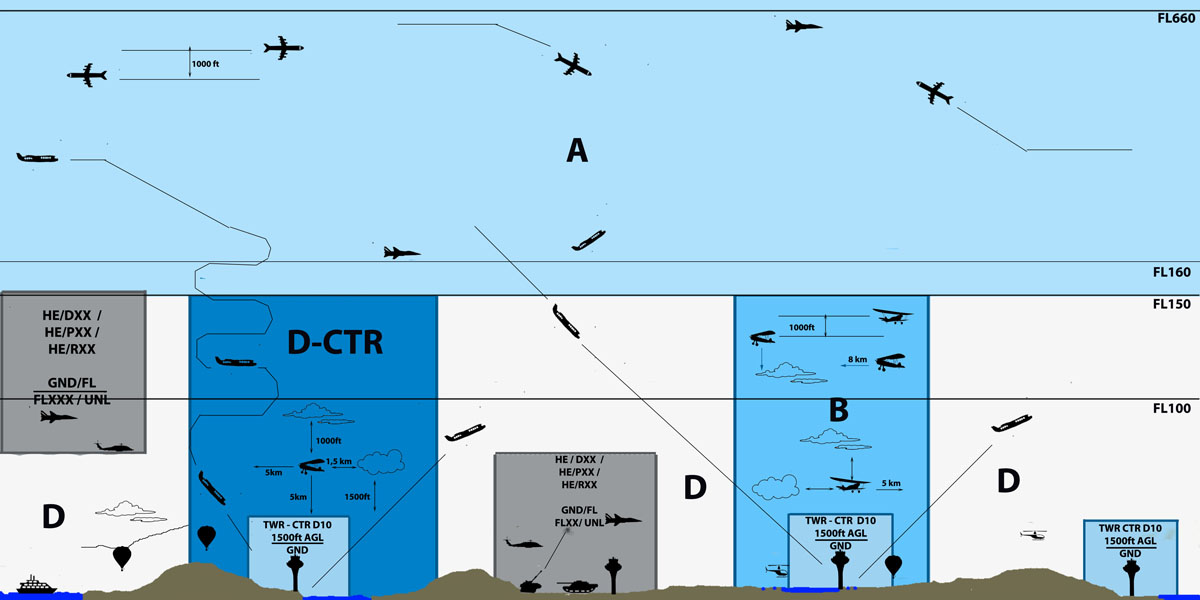 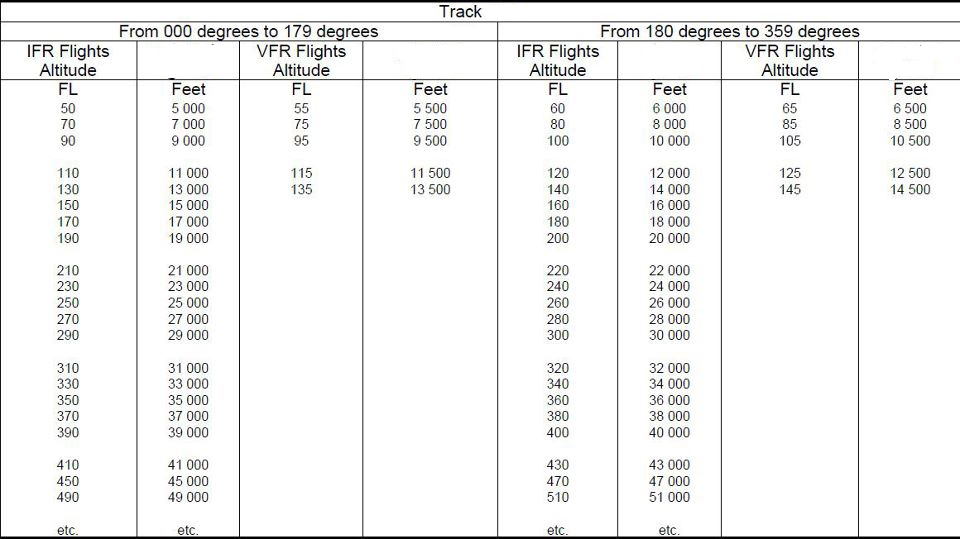 1.APPLICATION OF RVSM IN THE CAIRO FIR

RVSM shall be applicable in that volume of airspace between FL290 and FL410 inclusive within the whole Cairo FIR.
Non. RVSM compliant aircraft that intended to operate within this RVSM airspace will not be permitted

2.TRANSFERING PROCEDURS WITH OTHER FIR

– Other RVSM FL are subject to prior co-ordination

Cairo Fir and Jeddah FIR ( OEJD_CTR)
HESH ARRIVALS AND DEP
Inb Cairo FIR
HESH arrivals coming from Jeddah Fir to PASAM should be leveled at FL140 at PASAM ,
Outbound Cairo Fir
HESH departures ,when deparing via PASAM to Jeddah FIR , should be leveled at or above FL150 when passing
PASAM intersection and transfered to OEJD_Ctr in time.

AIRROUTE L315
Dep from jeddah FIR between GIBAL and HGD , for HEGN and HESH arrivals only

LLET arrivals have to be Leveled at FL090 when passing NALSO , and transferred to LLLL_TWR ( if TWR is not online , will
transfer to LLLL_CTR ) via HETB_TWR and if HETB_TWR is not online will be via HECC_CTR .

LLET departure have to be Leveled at FL070 when passing NALSO , and transferred to HECC_CTR in time .

Departures from CAiro FIR landing in Aqaba( OJAQ ) should be level at FL170 at NWB , then DESC to 11000FT to be leveled
at METSA . Transfer Traffic on D10.0 NWB to OJAC_CTR or OJAQ_APP in time.

Departures from Aqaba OJAQ via METSA to HECC_FIR , should be leveld at METSA at 12000ft or above. Departing from OJAQ into
HECC_FIR only via METSA DEP , no direct alowed .

1.  Except when operating as a special VFR flight, VFR flights shall be conducted so that
the aircraft is flown in conditions of visibility and distance from clouds equal to
or greater than those specified in table (1)

2. Except when a clearance is obtained from an air
traffic control unit, when deemed necessary, VFR flights shall not take–off
or land at an aerodrome within a control zone, or enter the aerodrome traffic
zone or traffic pattern:

3.  VFR flights between sunset and sunrise shall not be operated.

4.  Unless authorized by
the appropriate ATS authority, and subject to specified
conditions prescribed by that authority, VFR flight shall not be operated:

5.  Except when necessary for take -off or landing, or except by permission from
the appropriate authority, a VFR flight shall not be flown :

a)  over the congested areas of cities, towns or
settlements, or over an open air assembly of persons at a height less than 300M (1000FT)
above the highest obstacle within
a radius of 600M from the aircraft.

b)  elsewhere except as specified in (a) aircraft shall not
be flown at a height less than 300M (1000FT) above
the ground or water.

1. Rules applicable to all IFR flights

1.1 Aircraft Equipment
Aircraft shall be equipped with suitable instruments, and with navigation equipment appropriate to the route to be flown.

1.2 Minimum levels
Except when necessary for take-off or landing or when specifically authorized by the appropriate authority, an
IFR flight shall be flown at a level that is not below the minimum flight altitude established for the route.

1.3 Change from IFR flight to VFR flight
1.3.1 An Aircraft electing to change the conduct of its flight from compliance with the instrument flight
rules to compliance with the visual flight rules shall notify the appropriate air traffic services unit
specifically that the IFR flight is cancelled and communicate thereto the changes to be made to ist current flight plan.

2.2 An IFR flight operating in cruising flight shall be flown at a cruising level selected from :

a) The tables of cruising levels in Appendix 3 of ICAO Annex 2, or
b) A modified table of cruising levels, when so prescribed in accordance with Appendix 3 of ICAO
Annex 2 for flight above FL410, except that the correlation of levels to track prescribed therein shall not
apply whenever otherwise indicated in air traffic control clearances or specified by the appropriate ATS authority
in the Aeronautical Information Publication (AIP).

3.1.2 Within Cairo FIR in the level band FL160/460 (inclusive), only RNAV equipped aircraft having a
navigation accuracy meeting RNAV 5 may plan for operations under IFR on those ATS routes, and within those level bands, which
have been specified as requiring RNAV 5 in 3.2.

3.1.3 Aircraft operating under IFR on designated RNAV 5 routes shall be equipped with, as a minimum, RNAV equipment meeting
the following requirements:
a) A system use accuracy equal to, or better than, 4.6 KM (2.5NM) for one standard deviation, with a 95 percent containment
value of plus or minus 9.26km (plus or minus 5 NM, thereby meeting the accuracy requirements for RNAV 5
b) An average continuity of service of 99.99 percent of flight time.

3.2 Area of applicability
3.2.1 Egypt RNAV 5 ATS routes are that all ATS routes within Cairo FIR in the level band FL160/460 (inclusive), except that
ATS routes with width less than 10NM.

1.0Emergency procedures
1.1.1 Except when encountering a state of emergency, pilots shall operate transponders and
select modes and codes in accordance with ATC instructions. In particular, when entering Cairo FIR,
pilots who have already received specific instructions from ATS concerning the setting of the transponder
shall maintain that setting until otherwise instructed.

2.1.2 All aircraft operating within Cairo FIR are required to carry SSR transponders Mode A & C (A/3) 4096 Codes. Pilots of
aircraft about to enter Cairo FIR who have not received specific instructions from ATC concerning the setting of the
transponder shall operate the transponder´of Mode A/3, (Code 2000) before entry and maintain that code setting until
otherwise instructed.

2.1.3 If the pilot of an aircraft encountering a state of emergency has previously been directed by ATC to
operate the transponder on a specific code, this code setting shall be maintained until otherwise advised.

2.1.4 In all other circumstances, the transponder shall be set to Mode A/3, (Code 7700).Notwithstanding the procedure in
2.1.1 above, a pilot may select Mode A/3, Code 7700 whenever the nature of the emergency is such that this appears to be
the most suitable course of action.

Note: Continuous monitoring of responses on Mode A/3, Code 7700 is provided.

In the event of an aircraft radio receiver failure, a pilot shall select Mode A/3, Code 7600 and follow established
procedures; subsequent control of the aircraft will be based on those procedures.

!!! NOT ALOWED IN IVAO !!!
2.2.2 Unlawful interference procedure Pilots of aircraft in flight subjected to unlawful interference shall endeavor to set
the transponder to Mode A, Code 7500 to make the situation known, unless circumstances warrant the use of Mode A/B,
Code 7700.